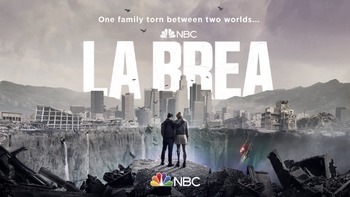 La Brea (The Pitch) is a NBC drama series that premiered September 28th, 2021.

Finding themselves in an unexplainable primeval world alongside a disparate group of strangers, Eve and Josh must work to survive and uncover the mystery of where they are and if there is a way back home.

La Brea has been renewed for another season.

Watch the first five minutes of the season premiere