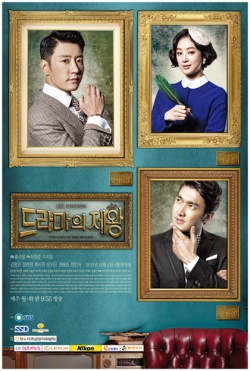 A Korean Drama and Romantic Comedy Series about Anthony Kim, a brilliant but amoral and ruthless TV producer. After his fall from grace, he attempts to regain power using a script from a very naive but talented young assistant writer, Lee Go Eun, who believes dramas should carry a message. Oh, and she also hates Anthony and his methods. The show deftly combines comedy with a stark and realistic portrayal of the corruption that goes into producing a top drama.