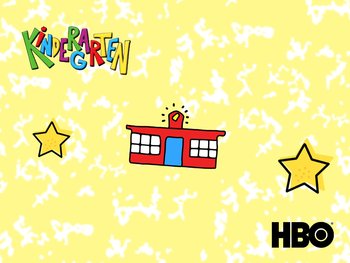 Kindergarten is a 2001 documentary series that aired on HBO Family. It is an unscripted show about an American kindergarten class in Nyack, New York.

The show ran for 13 episodes and continued to be rerun on HBO for several years.