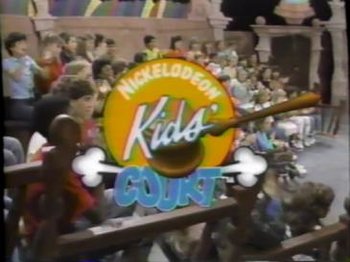 Take your kids to the Nickelodeon Kids' Court, the first show where kids' rules

Kids Court is a 1988-1989 court show aimed at kids. The show was first aired on Nickelodeon hosted by the Paul Provenza. Each case would be solved by using The Honorable Judge O'Meter, a cardboard rendering of an English judge. The meter can only be responded to by the sound of the loud audience. The loudest noises the audience makes wins the case.