Series / Just Roll With It 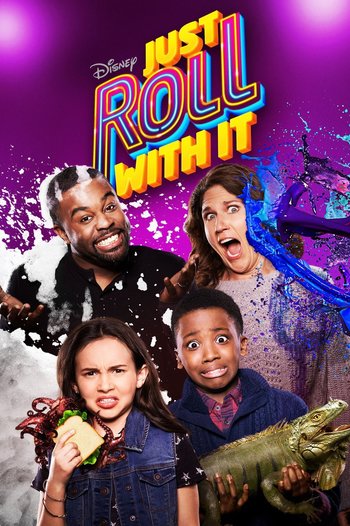 Just Roll With It is a Disney Channel comedy that began airing in 2019.

The show focuses on Byron, a wild radio host and his wife/producer/former Army soldier Rachel who live together with Byron's intelligent but easily rattled son Owen and Rachel's rebellious daughter Blair. Together, the family....

Without warning, usually three times an episode, a loud horn will blare. When it does, the actors stop what they're doing as the studio audience gets to vote on three options for what happens. The actors return to the set, unaware of the result until they're told they have to do next.

Just Roll With It contains examples of:

And that's our show!