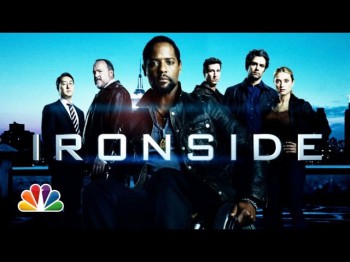 Ironside (2013) is an investigation crime drama about a wheelchair-using detective and his team of specialists. It is a remake of the 1967-75 series of the same name, with both series having aired on NBC and produced by Universal (which were now under the same corporate umbrella).

Unlike the original series, which was set in San Francisco, this version takes place in and around New York City. In addition, the main and titular character has changed races from white to black (now played by Blair Underwood), and is the only character from the original series to appear in the remake.

It appeared on Video on Demand in September 2013, premiered officially that October... and was cancelled later that October. The original series lasted 8 seasons; the remake only made it to episode 4.