Series / I Survived a Japanese Gameshow 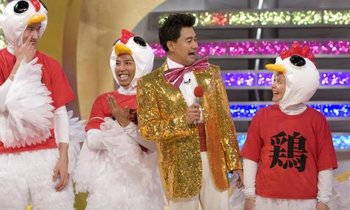 ABC reality show that pitched two teams of American contestants against each other in dwindling numbers on a simulated Show Within a Show called Hai! Majide. In the first season the teams were called the Yellow Penguins and Green Monkeys, the second season the Green Tigers and the Red Robots. Then it wasn't renewed.