Series / How to Rock 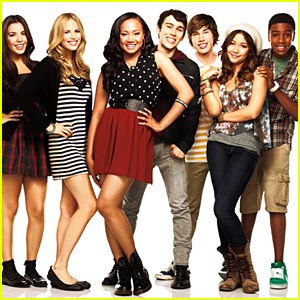 Only You Can Be You.
Advertisement:

How to Rock was a Nickelodeon series about a girl named Kacey Simon, member of her school's social elite until her degrading eyesight and the tooth injury that results from it force her to get glasses and braces, which causes her Girl Posse to kick her out. With her former friends wanting nothing to do with her, she ends up hanging out with the members of a music group called Gravity 5, who turn out to be much better friends than the ones she knew.

Loosely based on the book How to Rock Braces and Glasses by Meg Haston. How to Rock aired its first two episodes on February 5, 2012.

The series was cancelled after one season of 26 episodes.