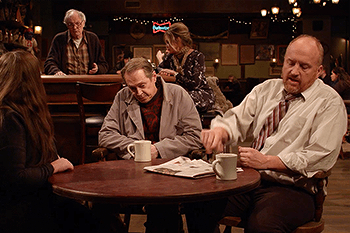 Horace and Pete is a 2016 American dramedy web series created, written and directed by Louis C.K., starring Louis C.K. and Steve Buscemi as Horace Wittel VIII and Pete Wittel, current owners of the one hundred year old family bar Horace and Pete's. Throughout the ten-episode series, Horace struggles with his sense of responsibility for the family business and his relationships with his dysfunctional family. While its predecessor Louie was a dark comedy, Horace and Pete crosses the line into full blown tragedy.