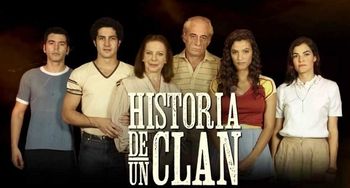 The show centers around the Puccio family, composed by the parents Arquimedes and Epifania, and their four children: Alex, Daniel, Silvia and Adriana. The Puccio family reside in San Isidro, an elite suburban area of Buenos Aires, Argentina. They are a big part of the community, go to church every sunday, and are respectable members of the society. They also kidnap people and kill them off after collecting the ransom money.