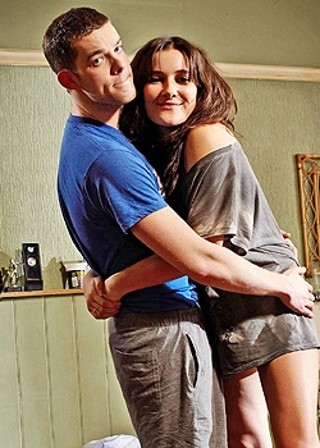 Him & Her (2010-) is a situational comedy which focuses mainly on the main characters, Becky and Steve, dealing with their wacky neighbours, friends and relatives. Hilarity Ensues.

The action rarely leaves Steve's (and eventually Becky's) flat, the focus is based more on the various characters, and their clashing personalities. While a comedy, there are more serious moments scattered here and there.