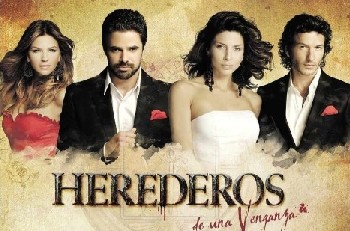 Antonio Puentes is engaged to Angie and takes a trip to her home city of Vidisterra (a small fictional village of wineries) for the wedding. Once there, Angie is murdered by a secret lodge, who use her as a human sacrifice. Antonio stays in the village, trying to discover who murdered Angie. Soon, he falls in love with Mercedes Leiva. The lodge believes that Antonio and Mercedes are "the foreigner" and "the chosen one", of their book of prophecies. The villain Benicio Echague has come from Chile and joined the lodge, and has always thought himself "the foreigner" and sought the love of Mercedes. To separate Antonia and Mercedes, he arranges things so that it appears Antonio has Mercedes' cousin. Antonio is jailed, and the car taking him to trial explodes.

Antonio survives the explosion, and stays in the shadows, until he is released as innocent. There are further complications but there is a happy end.