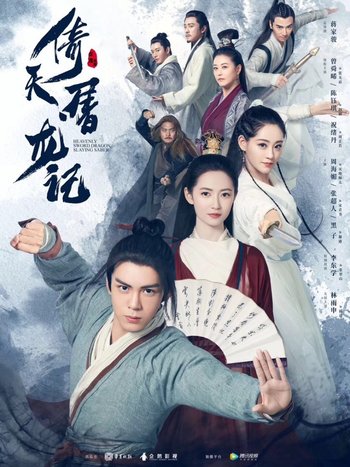 Heavenly Sword and Dragon-Slaying Sabre (倚天屠龙记, Yǐ Tiān Tú Lóng Jì) is a 2019 Chinese series starring Zeng Shun Xi, Chen Yu Qi, and Zhu Xu Dan. It's one of the many, many adaptations of Heaven Sword and Dragon Sabre by Jin Yong.

A hundred years after Return of the Condor Heroes, the Yuan dynasty's misgovernment leads the martial sects to rebel. A legend starts about a pair of priceless and extremely powerful weapons called the Heaven Sword and Dragon Sabre, which are said to allow their wielder to rule the martial arts world. Zhang Wu Ji discovers his fate is linked to the weapons and the fate of the martial sects.