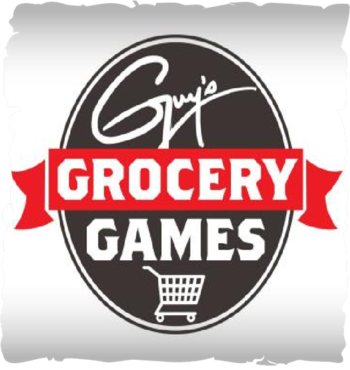 Guy's Grocery Games is a Food Network series that debuted in 2013, and is created and hosted by Guy Fieri.

Like Chopped and Cutthroat Kitchen, it involves four contestants preparing dishes for a three-judge panel during three rounds, with one contestant eliminated after each round. This time, however, the chefs have to gather their ingredients from the aisles of the fictional Flavortown Market, and Guy assigns a dish type and one or more challenges (i.e., requiring chefs to use only frozen items or stay under a certain price or weight limit). Before October 2021, the winner plays a bonus round for a maximum of $20,000 cash. Starting with "Flavortown 2.0" they could take a "mystery check" worth $8,000 to $20,000 instead of playing the round.

Tropes for this series: