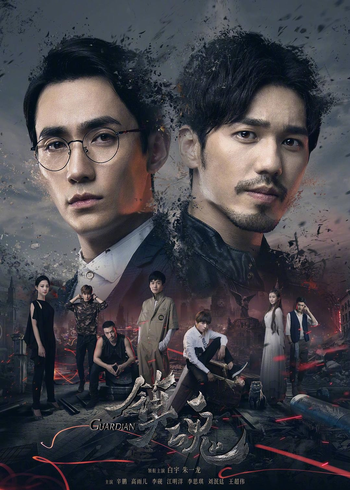 Guardian (镇魂; Zhèn Hún) is a 2018 Chinese series. It's very loosely based on the web-novel of the same name by Priest, and stars Bai Yu and Zhu Yilong.

Zhao Yunlan, a detective, and Shen Wei, a professor, investigate incidents at the local university. Soon they realise that someone is deliberately trying to restart an ancient war.

Not to be confused with Guardian: The Lonely and Great God. Or any of the other works named Guardian.