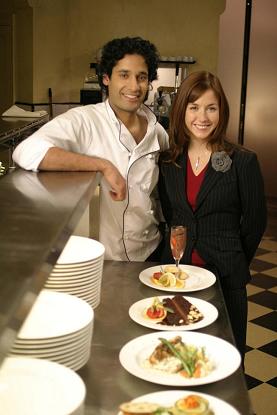 Godiva's is a Canadian comedy-drama series that ran for two seasons (2005-2006). The title comes from the fictional Vancouver restaurant where the show is set.