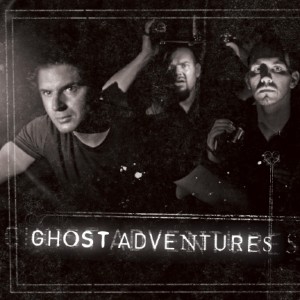 "My name is Zak Bagans, lead investigator of the Ghost Adventures Crew. I never believed in ghosts until I came face-to-face with one. So I set out on a quest to capture what I once saw onto video. With no big camera crews following us around, I am joined only by my fellow investigators, Nick Groff and Aaron Goodwin. The three of us will travel to some of the most highly active paranormal locations where we will spend an entire night locked down from dusk until dawn. Raw. Extreme. These are our Ghost Adventures.
— Zak Bagans, Ghost Adventures opening pre-season 9.
Advertisement:
"There are things in this world that we will never fully understand. We want answers. We have worked years to build our credibility, our reputation. Working alongside the most renowned professionals in the field. Catching groundbreaking proof of the paranormal. This is our evidence, our Ghost Adventures."
— Zak Bagans, Ghost Adventures current opening

As the show's name implies, Ghost Adventures is a show about three ghost hunters (Zak, Nick, and Aaron note Billy and Jay, formerly part of the extended crew, replaced Nick midway through Season 10.) and the events that transpire from their attempts to prove that ghosts are real. Like most paranormal shows, this group actively seeks out places that are reputedly haunted, and spend the night in the area from sundown to sun-up. Unlike most paranormal shows, they really delve into the history of the locations with numerous interviews with a wide variety of witnesses, past employees, and area neighbors. This can take up a quarter to half of the aired episode itself. They inspect both audio and video footage they have captured offscreen and often air results (especially EVPs) during the scenes where they are captured. If they capture video or photographic evidence, they sometimes take them to specialists who examine them and give their thoughts.

Unlike most paranormal shows, they do not have a huge film crew with them. Often it is just them three on location, sometimes with a guest or someone of religious affiliation if they are entering a dangerous place. Each have their own camera as well. Often times their method of choice in getting results is through provocation, basically insulting and daring any entities to appear, make noises, or even physically attack them. They often split up and individually inspect areas alone while recording EVPs as well. This is more general questions than provocation, usually. The former works disturbingly well.