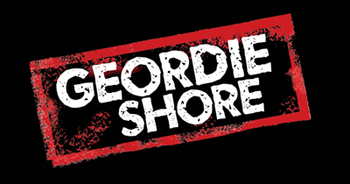 Geordie Shore is a British reality television series which airs on MTV and, as the name implies, set in Newcastle upon Tyne. It was first broadcast on 24 May 2011, and is the British version of the popular American show Jersey Shore.