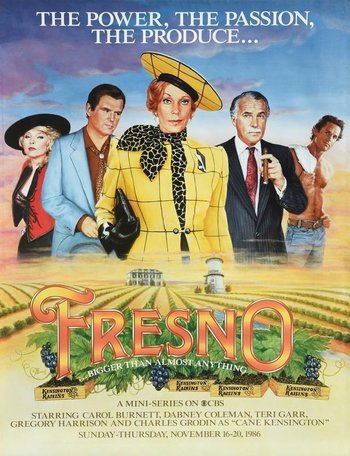 A spoof of the Prime Time Soaps of The '80s, this comedic Mini Series chronicles the lives of the Kensington family, and their struggle to survive in the cutthroat world of the raisin business. With all the scheming, backstabbing, twists and turns, it doesn't look good for them. But for the viewers, it's a hell of a good time.