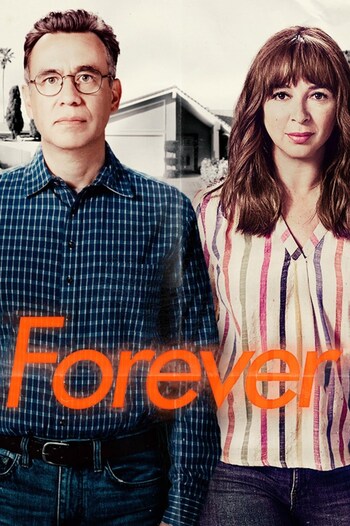 Forever is a half-hour dramedy series created by Alan Yang and Matt Hubbard, airing on Prime Video. The series stars Fred Armisen and Maya Rudolph as a middle-aged couple, Oscar and June, who seem stuck in a rut in their relationship. When their circumstances radically change, they're tested to either remain the same, forever, or venture into unfamiliar territory.

The series premiered in 2018 on Amazon Video and ran for a single eight-episode season.

Not to be confused with the 2014 series of the same name.