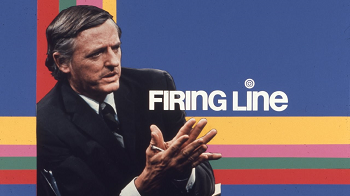 Firing Line was one of the first major political programs not airing on the three major networksnote (i.e.: "Meet the Press" on NBC; "Face the Nation" on CBS and "Issues and Answers" on ABC. It first premiered in 1966 on New York City independent station WOR-TV 9 (now MyNetworkTV station WWOR-TV 9 and officially licensed to nearby Secaucus, NJ) and was hosted by William F. Buckley Jr., the founder of the conservative magazine "National Review", with the series also being carried nationally via First-Run Syndication. This arrangement lasted as a hour-long series until 1971; when the series moved to PBS via the South Carolina Educational Television's Southern Education Communications Association (worth noting is that this was considered one of the few conservative-friendly public television networks); though confined to a unfavorable time on Sunday night (after enjoying a more welcoming Wednesday night slot for its first few months on the network).

Typically, the format featured one-on-one interviews between Buckley and a guest (usually in politics, religion, literature or academia); typically done in a much less confrontational style than the other series that followed in its footsteps. Early on, a panel of questioners would be seen, though by 1977 this was replaced by an "examiner" playing a larger role (the person serving in this role varied, though among the most prominent were Michael Kinsley {later a writer for "The New Republic" and the liberal co-host of CNN's "Crossfire" and longtime ABC; CNN and CBS correspondent Jeff Greenfield). This role was retained until the series was cut to 30 minutes in 1988; being replaced by a moderator for the balance of the original run. Occasionally, during the 1980s and 1990s specials and two-hour debates would be broadcast, usually during PBS pledge weeks.

The show's original 33 year run ended in December 1999 (Buckley would pass away in 2008); but in 2018 PBS revived the series with Margaret Hoover, a former Associate Director of Intergovernmental Affairs under the George W. Bush administration and the great-granddaughter of former President Herbert Hoover, as host.

Tropes seen in the series: