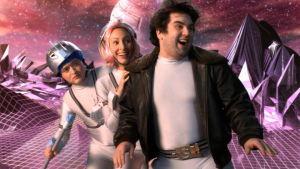 Fat Guy Stuck in Internet is a short live-action comedy series produced by Williams Street for Adult Swim, that originated on Channel 101. As with all Williams Street shows, its run time is 11 minutes.