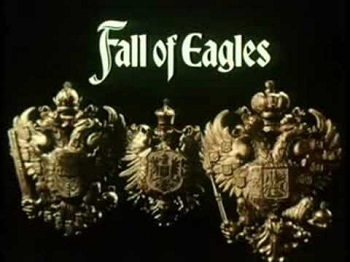 "We dig our own graves."
—Victoria Adelaide Mary Louisa

, Her Imperial and Royal Majesty The German Empress & Queen of Prussia
Advertisement:

A 1974 BBC Drama Mini Series, dealing with the Royal families and other leading figures of the three continental European Empires of Prussia / Imperial Germany, Austria-Hungary and Tsarist Russia. Telling stories of the politics, both internal and international from the late 19th century, until the end of World War I.

The series consists of thirteen episodes:

It would only get worse. He'd have to deal with conflicts with Archduke Franz Ferdinand, and the latter's assassination in Sarajevo, thus staging World War I.
Feedback