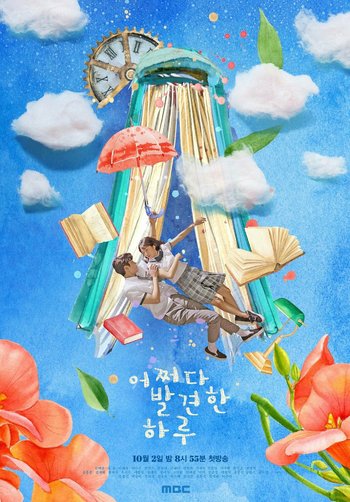 Ordinary High-School Student Eun Dan-o has it all: money, friends, and a place at the prestigous Seuli High. She is also engaged to her childhood crush, Baek Kyung, who belongs to the A3 clique which practically rules the school. Apart from her chronic heart condition, things look fine.

Until one day, she starts noticing something weird going on: sometimes she finds herself in places and situations with no memory of how she got there; at other times, she does and says things against her will, as if someone is controlling her from the outside. Eventually, she finds out the truth: her world is not real, but a romance Manhwa called Secret. Outside the scenes, or in the “Shadow”, she can do and say whatever she wants; but inside the story, the “Stage”, she’s bound to the will of the omnipotent Writer. Her new self-awareness means she can remember what happens in the Shadow, but she can’t change the story.

At first, it doesn’t seem so bad: after all, there are worse fates than being the protagonist in a high-school romance. But soon she discovers the awful truth: she’s not the protagonist at all, but a third-tier extra, and the Writer’s plans for her don’t seem encouraging. Undaunted, she sets out to change her fate with the help of a mysterious new student.

Extraordinary You contains examples of: