Series / Escape To The Chateau 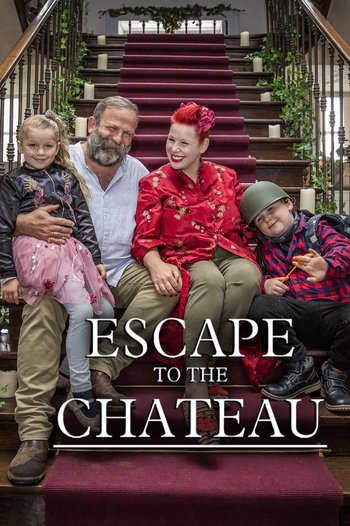 Our Leading Players
Escape to the Chateau is a TV Series created by Channel Four in 2016.
Advertisement:

It's a documentary/home makeover-style series about Dick and Angel Strawbridge and their children who have brought the 45 roomed Château de la Motte-Husson and its estate in rural France. They turned the crumbling building into a family home, revived the estate with an events business, and turned a wasteland into a working garden.

In 2018 a new series called Escape To The Chateau DIY began, which focused on other Brits were also in the chateau business or were about to start their own. While the show has Dick doing the voiceover, it sometimes bounces back to Dick and Angel working on new things or mentoring the newbies.

Also in 2020, due to the pandemic, Dick and Angel began a new show called Escape to the Chateau: Make Do and Mend, which has them working with people over video calls about interior design and restoration.

The series contained the following tropes: