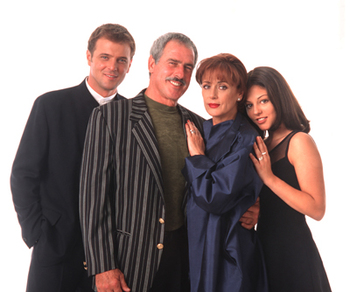 El privilegio de amar ("The Privilege of Loving") is a Mexican telenovela that ran from 1998 to 1999. It's a remake, by Liliana Abud, of 1985's Venezuelan telenovela Cristal written by Delia Fiallo.