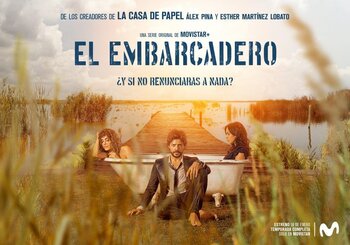 El embarcadero, known as The Pier in English, is a Spanish drama series created by Álex Pina and Esther Martínez Lobato, which ran on Movistar+ for two seasons in 2019-2020.

The series follows Alejandra, a high-profile architect in Valencia who is shattered by the secrets left behind by the death of Óscar, her husband of fifteen years. She discovers that he was leading a double life with another woman, Verónica, in the nearby village of Albufera. She decides to approach the woman under a false identity in order to discover why her husband lived a lie, and what really happened on the fateful night of his death.