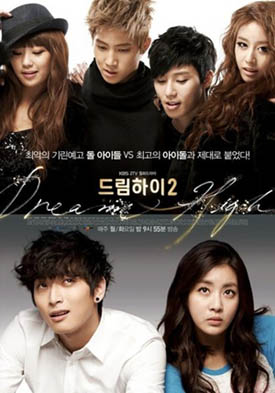 3 years after the events of Dream High, a strict 10pm work curfew for all minors hurts the Korean Pop Music industry. All the stars of OZ Entertainment (Talent Agency) are suspended from public performances for 3 months after one of OZ's boy bands, Eden, rebelliously broke the curfew.

And Kirin Arts High School has lost its former glory. Now filled with misfits and third-rate students, the school is taken over by OZ (led by Dir. Lee) in an attempt at redemption.