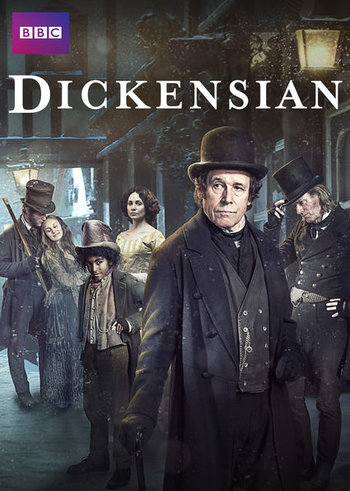 Dickensian is a 2015 drama on The BBC based on the conceit that all Charles Dickens's characters lived in the same area of London at around the same time, which is at some point before the novels.

Created and co-written by former EastEnders writer Tony Jordan, it takes a Soap Opera approach of multiple plot strands interacting, of which the main ones are the investigation of Jacob Marley's murder by Inspector Bucket and Meriweather Compeyson's seduction of Amelia Havisham. Other major characters include the Cratchits, the Barbarys, and Fagin's gang. A full character guide can be found here