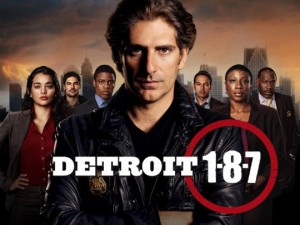 Detroit 1-8-7 is a police drama set in Detroit, Michigan. It follows six police officers in the city's police force as they go about their jobs.

The series premiered on ABC in 2010, lasting only one season.