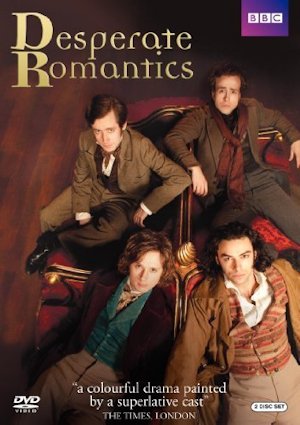 A 2009 miniseries made by The BBC revolving around the lives of Pre-Raphaelite brotherhood painters Dante Gabriel Rossetti, William Holman Hunt, and John Millais. The series is notable for its blatant use of Artistic License – History, explicitly presented as a meta-commentary on the artistic licence that was used by the artists themselves. The painters are seen as a gang of rowdy young men who drink, fight, fall in love and get wrapped up in drama. Also, there are tits and bums and Everybody Has Lots of Sex (For a reference point, one review called the show "Entourage with Easels.")