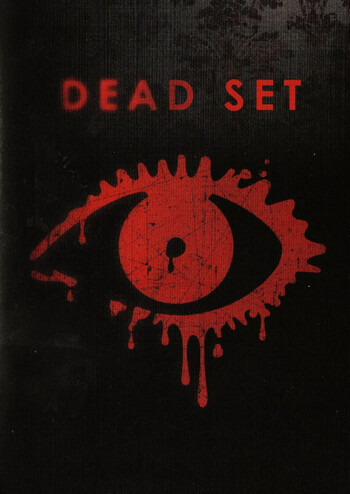 Pippa: Is that Davina?
Patrick: ...Sort of.
Advertisement:

How many of you have watched Big Brother and thought, "This is the beginning of the apocalypse"? Well, it seems you're not the only one.

Dead Set is the not-so predictable crossover of Big Brother meets the Zombie Apocalypse, particularly the fast plague-zombies of 28 Days Later. After a Zombie Infectee staggers into the crowd at a BB eviction, the disease spreads rapidly through the studio, leaving just one safe place: the heavily protected house in the middle. The remaining housemates then try to survive inside the house as the infection spreads and the remaining zombies search for flesh. Problem is, when everyone in the house has been cast specifically because they create tension and conflict with each other to boost ratings, that's easier said than done...

The show was written by TV columnist Charlie Brooker of Screenwipe fame and is about as satirical as you might expect. He went on to create another drama series called Black Mirror.

The series was adapted by Netflix in 2020 as Reality Z with the setting updated to Rio de Janeiro, with Brooker as executive producer.