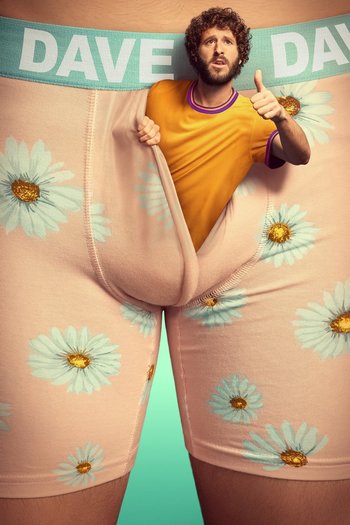 Dave is a FXX comedy series starring Dave Burd (AKA Lil Dicky) and is somewhat based on his real-life rise to fame as a rapper. Dave also stars GaTa, his on-stage hype man in the show and real life, Taylor Misiak as Ally, Dave's schooltecher girlfiend, Andrew Santino as Mike, Dave's roommate and later manager, Travis "Taco" Bennett as Elliot AKA "Elz", Dave's longtime friend and DJ, and Christina Ko as Emma, Ally's friend and Dave's graphic designer.