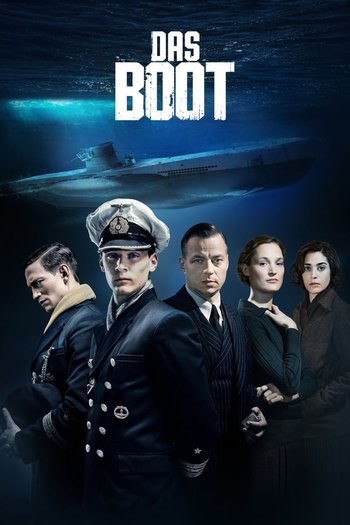 Das Boot (The Boat) is a German series produced by Bavaria Film and directed by Andreas Prochaska. It's been conceived as a Sequel/Spin-Off to the 1981 World War II submarine warfare film Das Boot. Speaking of which, it should not be confused with the 1985 Re-Cut into a mini-series.

The series takes place in 1942, 9 months after the end of the film. The storyline is split into two narratives, one based on land, the other set around a German submarine, the U-612. The focus is on both the claustrophobic life for the crew of the submarine and the French Resistance trying to disrupt their activities in the port city of La Rochelle.

The series has been renewed for a second season.