Series / Dark Side of the Ring 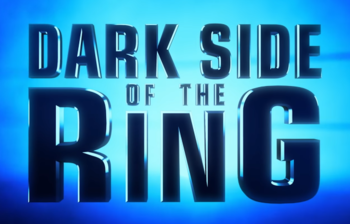 "Why did this happen? How did this happen?"
"In the world of professional wrestling, it's still the only sport where its characters live in two different worlds... where fantasy bleeds into reality."
— Mick Foley
Advertisement:

Dark Side of the Ring is a television documentary series produced by Vice and Crave that focuses on controversial subjects within the world of professional wrestling. It premiered in April 2019.

Dark Side of the Ring uses the following tropes: