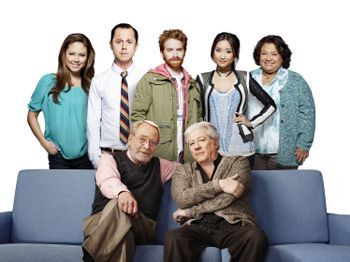 A 2013 FOX sitcom, cancelled after one season. The series follows video game designers Eli Sachs (Seth Green) and Warner Whittemore (Giovanni Ribisi) who both unexpectedly have their lives turned upside down by their fathers (Peter Riegert and Martin Mull, respectively) coming to live with them.