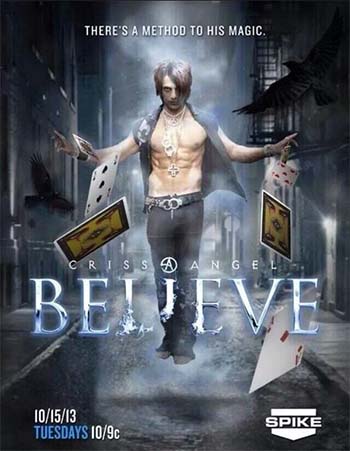 A Reality Show, focusing on the exploits of stage magician and illusionist Criss Angel. If anything, it's pretty much a Spiritual Successor to Criss Angel Mindfreak, except on Spike TV. Much like Mindfreak, it focused on the development and execution of his Major Illusion of the Day, along with smaller street magic segments performed for members of the public—in a slight subversion, he actually explains how said illusions work.

The series was produced to mark the five-year anniversary of Criss Angel's Las Vegas stage show of the same name. As such, it was set primarily in Las Vegas, primarily at his new secret warehouse base.

11 episodes were planned for the first season, but the planned season finale "Trinity" was shelved after Criss required shoulder surgery following the Double Straightjacket stunt, which in turn required him to temporarily place his main stage show on hiatus as well. Only 10 episodes aired, and the show magically disappeared without a second season.