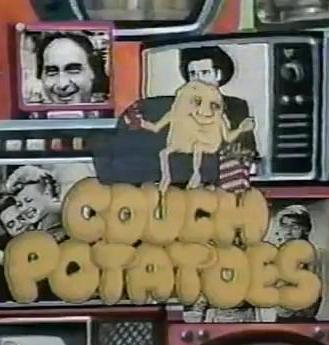 Two teams of three people played, each named after an actual show ("Get Smart", "The A-Team") or a variation of one ("Bosom Buds", "The M*A*S*Hed 'Taters"). Marc asked a toss-up question worth 25 "Ratings Points" (50 in the second round), the team whose member correctly answered it then getting a chance to answer a series of three questions ether based on a specific series or on a genre of TV show. Each contestant on the team could only answer one of the three questions, if one incorrectly guessed or nobody buzzed-in, the other team got a chance to steal that question and any others left in the group. Once an Episode, a television celeb rang the doorbell (the set was designed as an abstract living room) and enter to personally ask questions based on his/her show. Sometimes they walked right in, but other times they would enter in character (such as when Isabel Sanford came in delivering some dry cleaning or Norman Fell came in to complain about all the noise).

After four rounds of three questions apiece, the teams played the Couch-Up Round: two opponents had a face-to-face question as a graphic flashed 50, 100, 150, 200, and Couch Up. The team correctly answering the question would win the amount showing...but if the team behind got Couch Up and answered correctly, their score was immediately brought up to the level of their opponents. After six questions ("Twice down the couch" as Marc would say) the team in the lead won $1,000. The losing team got a "Canceled" graphic superimposed on them.

Acting as a Greek Chorus to all this was show announcer Joe Alaskeynote better known as Out of This World (1987)'s Uncle Beano and eventual voice behind Daffy Duck, who played the "Wacky Neighbor" in his own little abstract living room set. Some promotional material actually identified him as if his character was actually named Wacky Neighbor, although in-show his on-screen credit was just "Joe Alaskey as the Neighbor".