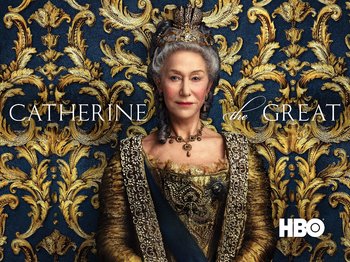 Catherine the Great is a four-part miniseries that aired in HBO in 2019. It dramatizes the reign of Catherine II, Empress of Russia, focusing particularly on her relationships with her lover Grigori Potemkin and her son, the future Paul I. The series stars Helen Mirren as Catherine, Jason Clarke as Potemkin and Joseph Quinn as her son Paul.

Compare and contrast The Great, a 2020 show about Catherine, but one that takes many more liberties with history.