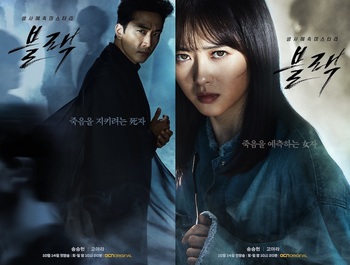 Black is a 2017 Netflix original Korean Drama series featuring a Grim Reaper, a police detective, and a woman with the ability to know when people are about to die.