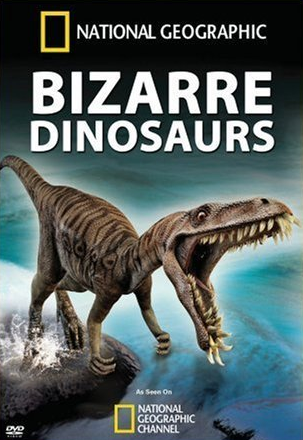 Bizarre Dinosaurs is a 2009 TV Documentary made by National Geographic Channel. It deals with strange-looking dinosaurs from various continents.
Advertisement:

All kinds of bizarre horns, claws, teeth and back-sails get to be covered, as some of the world's leading paleontologists describe in detail what these beasts used their various eye-raisingly awkward body parts for.

◊. note By the way, that is a Masiakasaurus on the DVD cover.