Series / Better with You 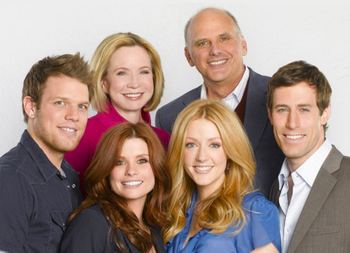 Better With You is a sitcom on ABC that aired in the 2010-2011 season. It stars JoAnna Garcia Swisher (as of "Better With Valentine's Day"), Debra Jo Rupp, Jennifer Finnigan, Kurt Fuller, Jake Lacy and Josh Cooke. The show deals with three couples in a family and how they react differently to the same events.