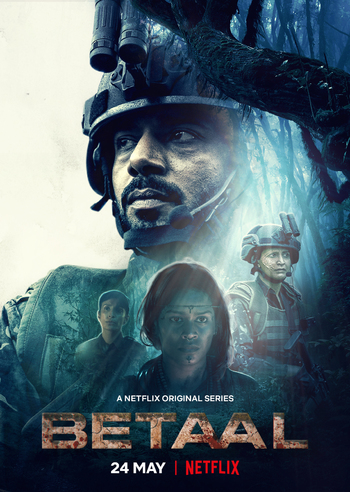 Betaal is an Indian horror series by Blumhouse Productions.

The series is written and directed by Patrick Graham and co-directed by Nikhil Mahajan. Produced by Red Chillies Entertainment, the web series stars Vineet Kumar Singh and Aahana Kumra in significant roles. Betaal is released on Netflix, making it the second collaboration between the production house and Netflix.

The plot based in a remote village in India that serves as the battleground between East India Company Army officer Lt. Colonel John Lynedoch, his battalion of zombie redcoats from the Indian Rebellion of 1857, and the fictional CIPD force.