Series / Beauty and the Geek 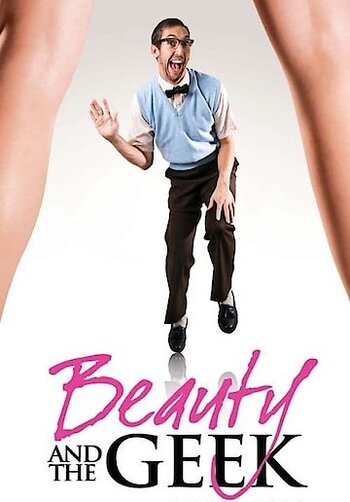 Beauty and the Geek is a Reality TV show that has British, American and Australian versions. The premise of the show is to get together a group of beautiful women and a group of geeks, and to pair them off with each other. The groups then have to complete challenges outside of their typical comfort zone, for example the beauties may have to visit a Comic Book convention. If a team wins the challenge, they become safe from elimination, and have to choose one of the other teams to send to the elimination room. Elimination is a run-off between two teams, is decided in eight questions, 2 for each person. The beauties have to answer questions on typical geek topics, and the geeks have to answer questions on dating and fashion.

The American version of the show ran for five seasons, and each show has had a slightly different format. The British version lasted only one season but the Australian version has been much more successful, with 6 seasons finished under their belt.

Tropes present in the show: