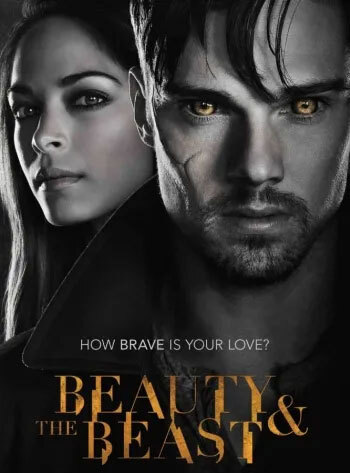 A reboot/modern retelling of the TV series Beauty and the Beast (1987) that debuted on The CW in 2012.

Featuring Kristin Kreuk as Catherine, this version retains the New York City setting, but Catherine is a cop and Vincent (Jay Ryan) is a handsome human (save for a scar on his right cheek) who has super strength and speed as the result of a secret government project involving animal DNA. Whenever he gets angry, he transforms into a violent and uncontrollable beast.

Tropes used in the show: