Series / Be the Creature 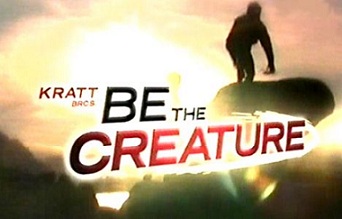 Be the Creature is a 2004 Nature Documentary show by Chris Kratt and Martin Kratt. It was aired on the National Geographic Channel (and these days, occasional reruns on Nat Geo Wild and, in Canada, Disney XD), and was an attempt by the brothers to do something aimed more toward adults, though it only lasted a couple of seasons. In typical Kratt Brothers fashion it involved going out into the wild and experiencing things the way the creatures did. Unlike their other shows it deals with more mature material, and has a number of uncensored moments.

The first season has a DVD release, though you have to Keep Circulating the Tapes (or hope to catch it on TV) for any of the other episodes.

It was preceded by Kratts' Creatures and Zoboomafoo, and succeeded by Wild Kratts, which has been called a Spiritual Successor to this show.