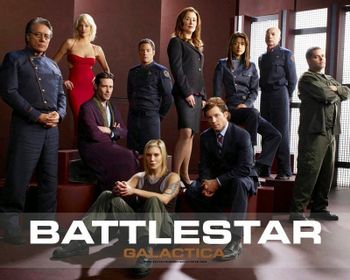 . The newer series also avoided several obvious space opera cliches (such as Space Clothes, Teleporters and Transporters, Lasers, excessive Technobabble, and even communicators). Suffice to say, countless other works in the science fiction genre, such as V (2009), Mass Effect, The Man in the High Castle, and The Expanse have all gone on to take clear influence from Galactica.