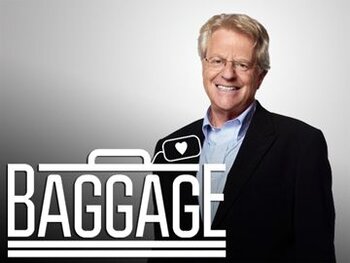 A GSN Game Show hosted by Jerry Springer, which is best described as The Dating Game meets Deal or No Deal.

The show involves three potential suitors showing a contestant their "baggage" —personal traits that may be considered undesirable. After the contestant has eliminated all but one of the potential dates, they must then reveal their own baggage, and the potential date must decide whether they want to go through with it or basically say "no deal".

Episodes can be seen on GSN's official YouTube channel.

A British version hosted by Gok Wan was briefly aired by Channel 4, only lasting six episodes before being punted off onto sister channel E4 for the last two.