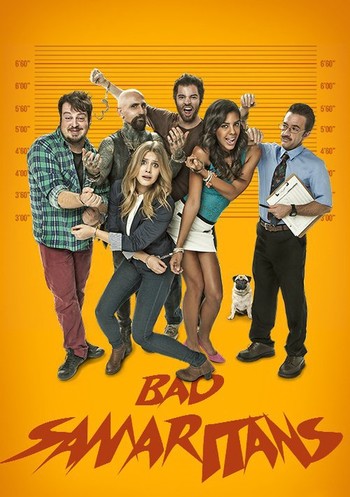 Bad Samaritans is a Netflix original comedy that began in March 2013.

When Jake and Drew's anniversary picnic turns into a breakup, and then causes a forest to burn to the ground, they are sentenced to 2000 hours of community service.

Not to be confused with the 2018 horror film Bad Samaritan.