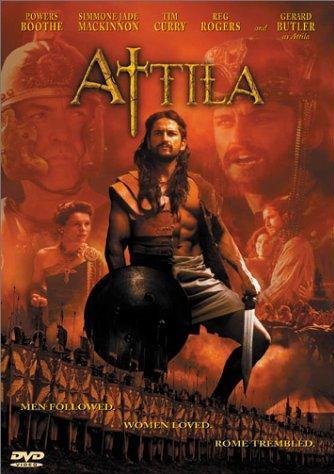 Attila is a 2001 Mini Series biopic dramatization of the life of Attila the Hun, played by Gerard Butler.
Advertisement:

Near the end of The Roman Empire, huge population movements have led to barbarian tribes settling in traditional Roman territories in advance of the Huns, a nomadic people from the steppes in the east. Attila, the orphaned son of a horselord taken in by his uncle, takes over command of all the tribes and challenges the Romans, led by the brilliant general Flavius Aetius (Powers Boothe).